It’s been a rollercoaster of a year so far weather-wise. The first six months were wet, wet, wet, followed by a very dry summer. And what can we expect these last couple months of the year in the Great Miami River Watershed. 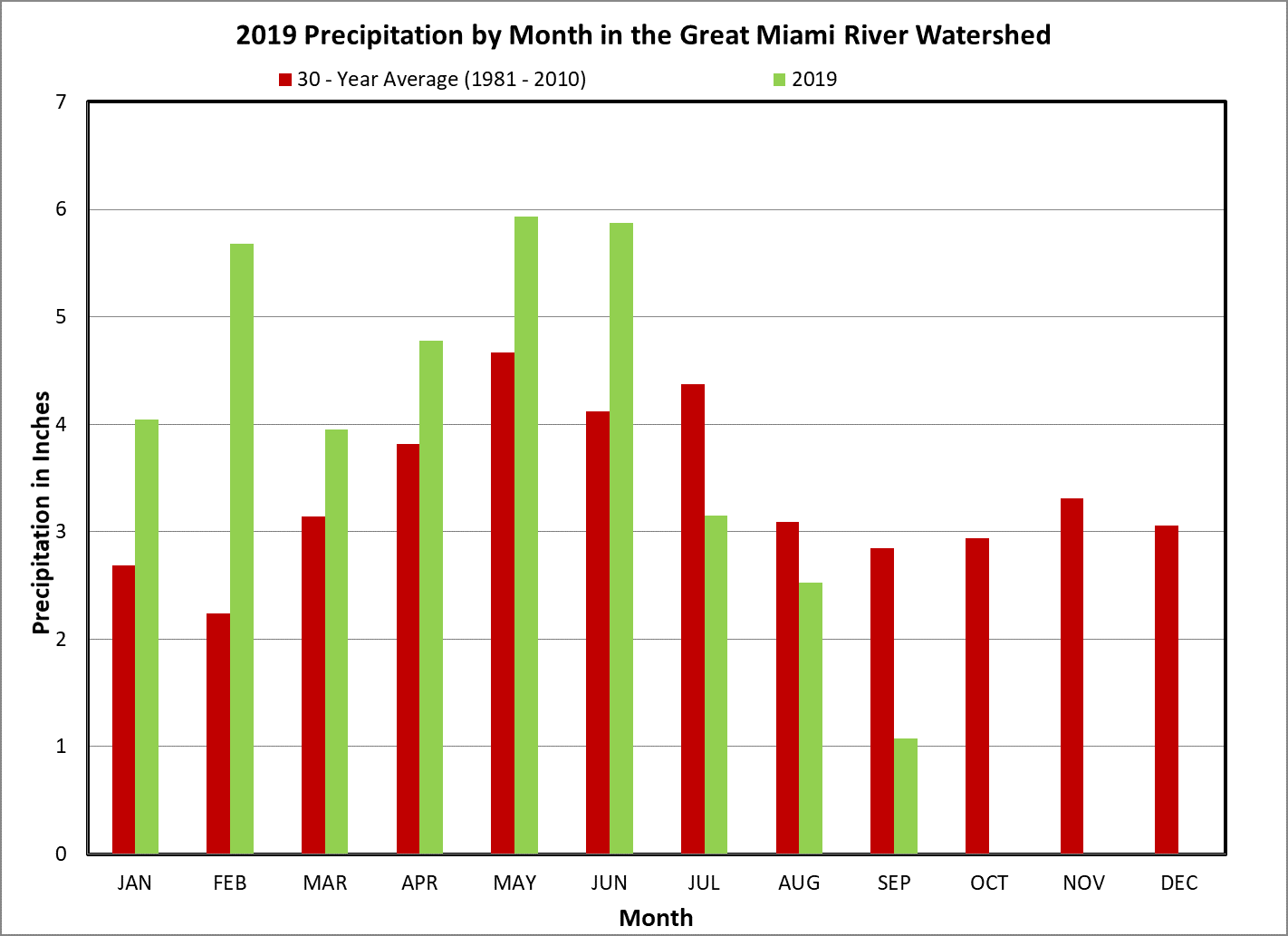 The wet start to 2019 resulted in some high river flows and saturated soils.

The Miami Conservancy District (MCD) recorded 16 high-water events in the first half of 2019.That’s double our annual average! (MCD defines a high water event as any time river flows are high enough to result in water storage behind one or more of our five dams. Or when our staff takes action—such as closing a floodgate on a storm sewer—in one of our protected communities.)

Saturated soil conditions had a big impact on agriculture resulting in unplanted acreage or severe planting delays for crops.

An August story by the Columbus Dispatch reports that US Department of Agriculture statistics show “more than one in seven acres in Ohio went unplanted for farmers in the federal crop insurance program, the highest rate in the country.”

In some Ohio counties, rains prevented nearly 50 percent of the agricultural land from being planted, “making 2019 the state’s worst planting season on record,” the Dispatch reported.

Through August 2019, precipitation and runoff were on pace to set new record annual highs.
And then things changed.

A drought sets in
Mother Nature turned off the rain! 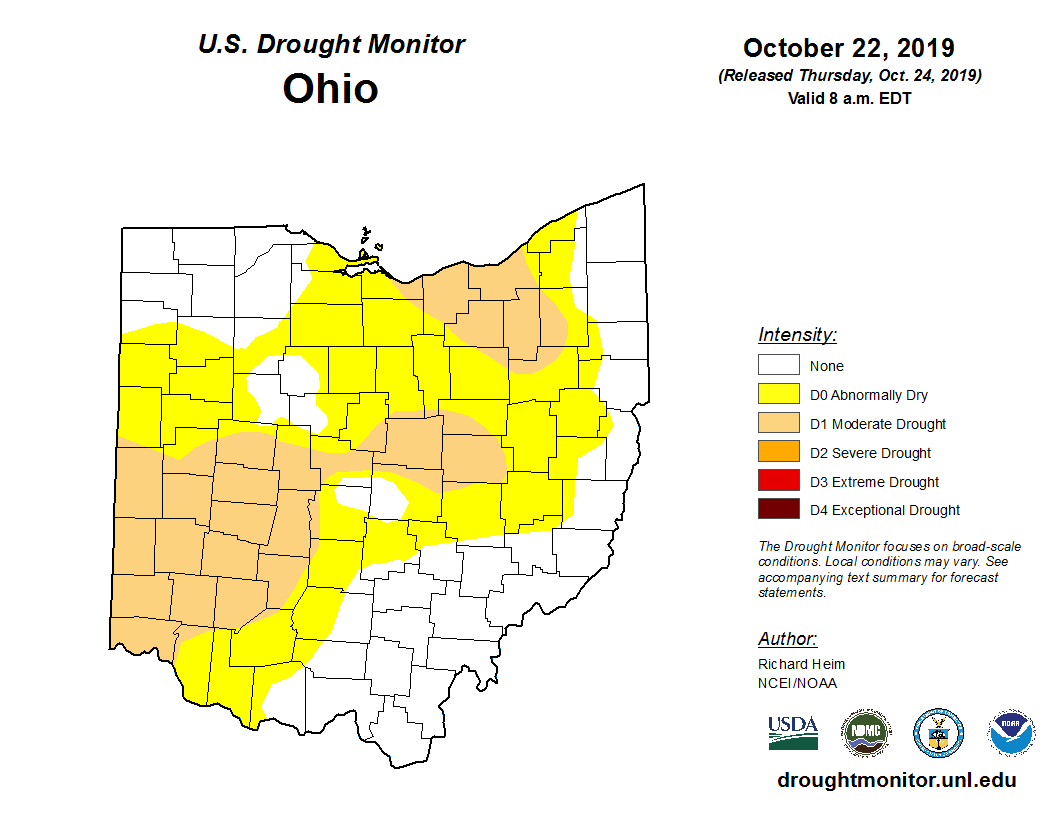 According to the National Oceanic and Atmosphere Administration (NOAA), the dry, hot conditions the Miami Valley experienced over the past couple of months was a result of a persistent ridge of high pressure over the southeastern United States.

Outlook for the remainder of 2019
What can we expect for the remainder of the year? According to NOAA’s three-month outlook, the Miami Valley can expect above-normal temperatures through December. The precipitation outlook is less clear with atmospheric circulation patterns not giving a strong signal for wetter- or drier–than-normal conditions. As usual we’ll have to wait and see how the rest of the year plays out.